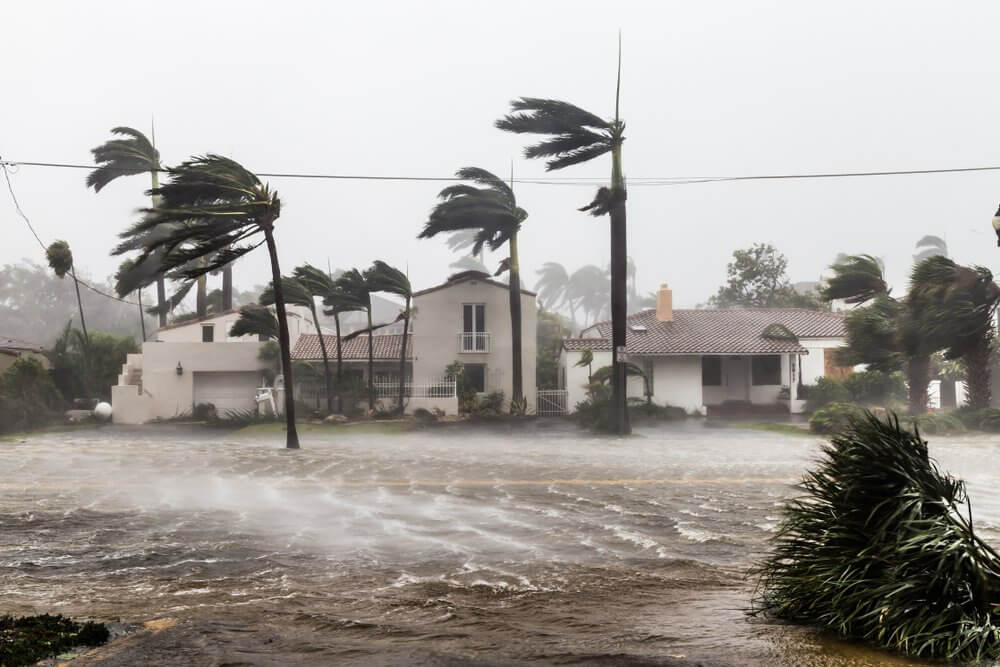 It may still be early in the year, but Hurricane Season 2022 is rapidly approaching. While many South Floridians who’ve experienced countless storms scoff at the idea of a hurricane making its way towards us, it’s important to remember that they aren’t something to disregard.

Even though we’re able to enjoy bright blue skies all year doesn’t mean it can be covered in a blanket of dark gray clouds at a moment’s notice. In a flash, thunderstorms, tropical storms, and hurricanes can wreak havoc from above, dumping tons of rain and bringing devastating winds everywhere you look.

The Impact Of Hurricanes In South Florida

Hurricanes have always been a major issue for South Florida. Causing devastation in their path, it wasn’t until 1851 when the North Atlantic hurricane database, or HURDAT, was formed. Thus, it’s impossible to know the sheer number of major hurricanes to impact South Florida. That said, since 1851 there have been 935 recorded hurricanes to ever form. Of those, 292 have impacted the United States. Even further, of the 292 total U.S. hurricanes to make landfall, 120 of them have made direct landfall over Florida.

While there has been a significant gap in time since the last hurricane to impact Florida, it was only 4 years ago that Hurricane Michael struck Florida, and Hurricane Irma right before it in 2017. As a leading impact window installer in South Florida, we understand the importance of being ready for hurricane season. Before the next major storm arrives It’s important to understand their capability for massive damage, and what you can and should do to better protect you, your family, and your home during your hurricane preparedness plan.

When Is Hurricane Season 2022?

Hurricane season in South Florida occurs between June 1st and November 30th. Note that a hurricane can form at any point whatsoever during the year, however this is the most common period where conditions in the Atlantic Ocean become perfect for a hurricane to form. This is an extremely rare occurrence, only occurring twice in history.

An important part of hurricane preparedness is understanding what you’re up against. Not every hurricane is the same, with some being significantly stronger than others. Hurricanes receive their category rating the Saffir-Simpson scale basing categories off of their maximum sustained winds. Hurricanes develop through the following lifespan and corresponding categories:

Tropical Depression: A tropical disturbance becomes a tropical depression once it sustains wind speeds between 23 and 38 miles per hour over 24 hours. Clouds begin to form some semblance of structure, however it’s still a weak storm and requires more form to take the next step towards becoming a hurricane.

Category 1 Hurricane: Wind speeds are anywhere between 74 miles per hour and 95 miles per hour. These wind speeds should be considered dangerous, as they will cause some damage. Roof damage, uprooted trees, and downed power lines are common during a category 1 hurricane.

Category 2 Hurricane: Wind speeds between 96 miles per hour and 110 miles per hour. Category 2 storms will cause serious damage, with major damage to your roof and the rest of your home. Power outages can last anywhere from a few days to weeks.

Category 3 Hurricane: The first of the “major hurricanes”, wind speeds range from 111 miles per hour to 129 miles per hour. There will be devastating damage. Expect roofs to be ripped off frames. Roads will be blocked by downed trees. Power outages can last anywhere from weeks to a few months.

Category 4 Hurricane: Wind speeds between 130 miles per hour and 156 miles per hour. Expect to see significant destruction wherever the storm paths over. Land will be nearly uninhabitable for months.

Category 5 Hurricane: Wind speeds over 157 miles per hour. There will be absolute devastation. Land will be uninhabitable for months.

When Does A Hurricane Receive Its Name?

Whenever a tropical storm reaches wind speeds of 39 miles per hour, it will receive its name from a list put together by the National Hurricane Center. It will retain this name once it reaches 74 miles per hour and becomes a category 1 hurricane.

This year, establish a plan with the members of your household to follow in the event of a hurricane making its way towards South Florida. Even if there isn’t a cloud in the sky and there’s a cool breeze rolling through, you should have a serious plan in place ahead of the 2022 Hurricane Season. Hurricanes can take days to weeks to cross the Atlantic Ocean towards Florida and the rest of the eastern United States, so it’s critical to be ready for when disaster strikes.

Family members and friends may not be together when the storm makes its way over, so knowing what to do and where to go before, during, and after the storm hits is critical.

Stock Up On Essentials

During a hurricane, it’s very common for power to go out for days to weeks on end, leaving you without essential appliances and electronics you rely on constantly. Tap water will need to be boiled. As the hurricane path begins to clear up and make its way for south Florida, homeowners tend to panic buy essentials, leaving barely anything available. In the coming months, we strongly recommend stocking up on the following items:

It may seem like you have no chance against a storm as big as a hurricane, but that’s not the case. There are steps you can take to better defend your home. One of the key areas you’ll need to consider defending are your windows. These are weak points that present an immediate danger for you and your family. High velocity winds can throw debris right through your windows, causing catastrophic damage.

To mitigate this, South Floridians have elected for a variety of solutions of the years:

Tape: A long standing myth states that if you place an X” shape on your windows with tape, it will stop the glass from completely shattering. This is completely false, and is actually more dangerous than not doing anything at all. The tape will cause the glass to break in larger, more dangerous chunks.

Wood Boards: Wood boards are a cheap, readily available solution for protecting your windows. Nailing wooden boards over your windows will provide some defense against weaker winds, however stronger storms will rip wood boards right off, turning them into dangerous debris.

Accordion Shutters: Accordion shutters offer significantly better protection than the previously aforementioned options, completely enclosing your windows. The only major downside is that accordion shutters can rust and require maintenance to repair, which is a less than ideal scenario when a storm is making its way. Additionally, they detract from your home’s overall aesthetic value the rest of the year, as they’re permanently affixed to your windows.

Impact Windows: Impact windows are a phenomenal solution for protecting your home against heavy storms. Designed to defend against wind speeds upwards of 160 miles per hour, impact windows will stand strong, no matter what gets thrown their way. Built to the strictest codes in North America, impact windows installed by The Window Guys provide you and your family with the peace of mind knowing you’re safe no matter what’s going on outside.

Interested in learning more about our impact window services to better ready yourself during hurricane preparedness 2022 plans? Simply contact the Window Guys online or give us a call at (561) 598-6295 and a representative will be more than happy to answer any questions you may have!